A downloadable game for Windows, macOS, and Linux

Tiny Dragon Story is a little game I made for my followers on Twitter.

Input controls can be customized.

Escape shuts the game down at any state, but you can also navigate through menus to quit the game.

(Please forgive me if you find bugs, this was made in 3 weeks.

Please report the bugs and I will fix them.)

The music, graphics, and gameplay mash pretty well to create an awesome platform that feels like a classic. Nice work!

I just beat Tiny Dragon Story and I must say it's really good. Like, classics like castlevania and mega man levels of good. You really struck a great platformer design here, I feel it's up there with the best. Had a lot of fun while playing it, it's short and sweet too. Controls are simple but snappy and that's great. Congrats on developing this awesome game, cheers!

thank you very much!

Glad you liked it!

very nice! Thank you for playing! :)

I finally find time to start this, I am actually at 34%. This is fun and has a good game feel! Here are my actual feelings:

Cheers and congrats to making this in three weeks time!

Thank you very much for the feedback! :)

Yes, I figured some checkpoints should have been placed better, but somehow I felt the difficulty was too easy, at least for me, so I made them a bit harder in the castles. Pro tip for the last castle: Don't trigger the checkpoint until you have found all keys! Saves some nerves :D

The music not looping correctly can very well be, I have bad ears, so I wasn't aware, will check it!

The !-blocks should reset, because I wanted the player to get coins easier for the unlockable bonus levels!

You can find them in Twitch, at https://www.twitch.tv/g_12345/videos?filter=all&sort=time (Note that Twitch removes videos after 14 days but I don't have YouTube account yet. And I started 7 days ago.)

Thanks for the game!

Thank you for your feedback

and thanks for playing! Glad you liked it! :)

I encountered a bug on the water/swimming levels, the enemies are swimming way faster then I think you intended.  The rate of swimming seems different between each one, possibly related to how many are on the screen/level at once.  For example on the first screen, the leftmost fish is swimming back and fourth at what I assume to be the normal rate, while the others appear to be teleporting around their pattern due to moving too fast.  The jellyfish are also taking less then a second, sometimes a fourth of a second or less, to complete their entire up and down pattern.  Given the "difficulty" of the rest of the game up to this point, I suspect this turbo speed swimming isn't intentional. ;)  Sadly I haven't passed the water level as a result since I can't really dodge/fight the fish in this version.

Another minor thing: the game says to press X on the map to save, but the actual key that pulls up the menu on my game is D.  X key doesn't do anything on the map screen, and the game interface in levels says to press X to jump, which is keyboard key A.  Also, the game doesn't say what key to press on the title screen.  I had to find out it was A through trying various keys on the keyboard.  I know the controls are configurable, but it would greatly help if the menu had a small note or intro saying the defaults when we first start the game.

Despite these issues I still really liked what I played of the game so far.  Thanks for making it, and stay safe! :)

Hello! Thank you very much for your feedback! :)

Yes, the water enemies are behaving weird on some machines. The issue is caused by some pc's reading floating point values not the way my machine does. I'm already working on a fix for that.

The button issue is totally understandable, I haven't thought it would cause confusion when making this game. I might rename the button keys to something like JUMP, SHOOT and MENU in an update.

Please continue to play after I uploaded a fixed version. :)

Ok, just wanted to let you know I uploaded a new build.

Hopefully the fishes are working as intended now.

You can copy your savefile (gd1.bin, gd2.bin or gd3.bin) to the new main folder /where the .exe is located).

It's a little milder, they are not teleporting now.  But still the fish are very fast on my system.  I took a 5 second gif for reference.

My operating system is Windows 10.

I don't think anything else in the game is faster then it should, at least so far.  The bouncy ball boss was a bit fast on his final 2 or 3 hits, but felt pretty fair since we can learn his patterns by then.

I managed to make it through the water level anyway.  I'll be happy to check again if you need someone to check the next fix though.  Love the little dragon! :)

True, one of the fish in your GIF is still to fast.

I'll check again and let you know when you can test, thank you for the offer!

The bounce ball boss should be as intended because he has a hardcoded speed limit (increasing with damage dealt).

The other thing related to the timing bug are the stone head enemies, some in the later levels seem to move really slow (every 15 seconds).

Anyways, glad you like it and thanks for your help!

Parts 2 & 3!! I really enjoyed this game. It was challenging and the dragon is so adorable. 😍

Thank you so much for playing! I really enjoyed watching it! :)

I'm having so much fun playing this!! I didn't know how to save when I first started playing, but I read your post about it in the development log. Thank you so much for that. Anyway, here's the first episode of my let's play of Tiny Dragon Story. 😁

Yeah, a lot of people didn't know how to save. I will probably make the game auto save in a future update.

I'm looking forward to the next episode!

Looking forward to playing, but on Xubuntu using the mono method recommended, it's throwing an error. Here's a screenshot https://imgur.com/KDaEPYU

Can't wait to play, though! Going to see about using Wine to run under Linux as well & will let you know how that works out :D

It looks like the level_table.xml file is missing or can't be opened.

Could you check if the file is located under Data\

Yup, it's located in /TinyDragonStoryWin1_0/Data/

I'm double checking all my folder permissions, too. Probably a mistake I've made, honestly xD

I hope you manage to get it running! Please let me know if not. :)

10/10 Such a nice game! Always a fan of this 1Bit Style. The controls feel on point and the music sticks everything together. Great job PCatGames :)

Cool game but a few things.

Your progres doesn't save... Beat world 1, quit the game, went back in and all progress was gone.

The first time I launched the game, everything was fine but when I went to change it to full screen, all of a sudden my antivirus kicked in thinking the .exe was a virus and quarantined it. I had to manually restore it and make an exception for it.

Doing the double jump during a screen transition kind of messes up your jump. As a matter of fact the timing of double jumping itself is a tad bit off.

Hello, thanks for the feedback.

which system are you playing on? Which antivirus are you using?

I'll take a look into it.

Ok, thanks for the info.

Will look into it.

Hi there, see the devlog for an explanation: https://pcgamedev.itch.io/tiny-dragon-story/devlog/128025/saving-antivirus-detection

The first boss is named Ballbert 10/10 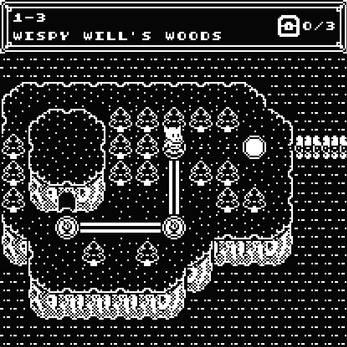 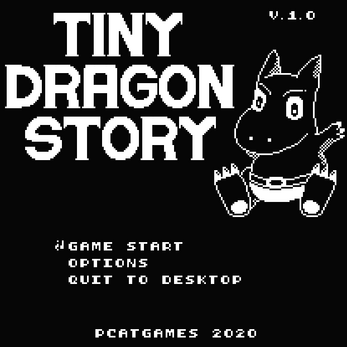 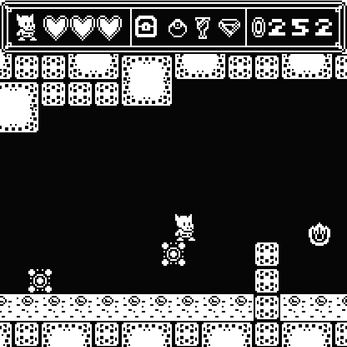 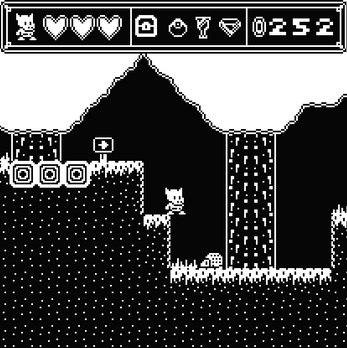 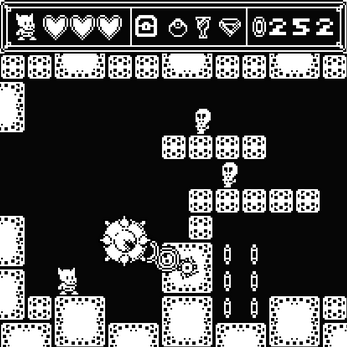