A downloadable game for Windows

In the year 30XX when mankind was long gone ... 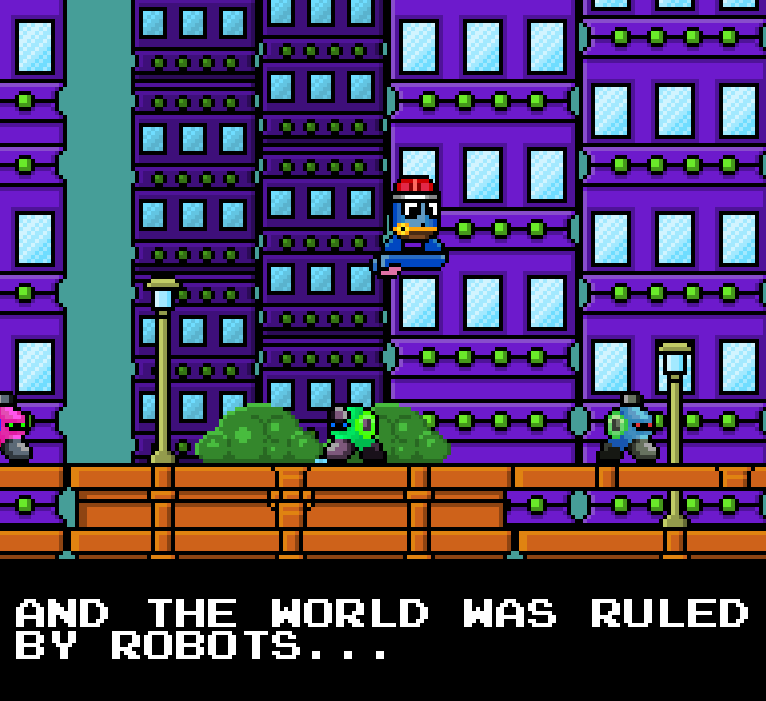 ... their existence was peaceful until an evil emporer appeared and brought chaos and destruction over the robot capital. But there is hope...

Hyper HD, a simple but powerful headroid of the third generation. He must stop 8 dangerous master headroids and the evil emporer L.E.A.K. himself.

In this classic retro inspired platformer shooter you take control of Hyper HD and you must beat 8 stages and their boss robots. Each stage has a unique theme and mechanics. After beating the 8 robot masters, you can enter L.E.A.K.'s headquarter, where you must use all your skill and weapons you aquired throughout the journey. Can you restore the piece for the robot world?

You can set up your buttons like you want. The arrow-keys and the DPAD can not be changed.

Thunder Headroid is controlling the weather station. This stage is guarded by enemies that use electricity and wind to attack Hyper HD. Also be careful in the rain storm. You will get blown in the wind direction when you're in mid air.

Garbage Headroid is in charge of the garbage disposal facility. Conveyor belts, falling trash blocks and huge garbage presses will make your life hard. It is said, that he is the weakest of the 8 masters.

This firy headroid built his base on a volcanic jungle island. Flamethrowers and lava pits are only a few obstacles you need to overcome. There are areas in which Hyper HD can not use his rocket booster because it is too hot.

Dark Headroid can be found in an old factory that is a leftover of the last humans before the robots took over. Fight your way through barrages of enemies and partially dark sections.

Acid Headroid is in charge of the chemistry factory. Unfortunately there are damaged pipes everywhere and drops of acid rain down from them. Fight your way through flooded sections where you need to activate switches that clear up the acid bassins.

This chilly Headroid took over the mountain base. Slippery ice surfaces and falling icicles are the main dangers in this stage. It would be of advantage if you could melt this cool stage's enemies.

This sturdy Headroid build entire pyramid fields with his brick blocks. Not surprising you'll have to fight your way up over moving platforms to reach his base. Hopefully you're not afraid of heights.

Plasma Headroid has the ability to create ultra-hot plasma in his atomic spheres. His base was built way up high and is protected against intruders with powerful plasma beams. You need to go fast or you'll get roasted.

I just wanted to say thank you everyone who is playing this game. Also thank you to all my twitter supporters. Special thanks go to Aamp @aamptrack, who made the entire soundtrack of the game in a really short time. Thank you!

Please let me know if you find bugs or want to give general feedback! Thank you!

Extract the provided zipped file anywhere on your computer.

I get that Hyper HD is meant to be shorthand for Hyper Headroid, but I find it really ironic that it's the name of a game with NES styled graphics.

Haha, yeah it is indeed :D

Woah, I love this game, Mr. P! The style is very consistent in graphics and music! I'm in the last levels and hehe, it's becoming harder and challenging, I like how it goes!

The only bug I've found: The bolts number is negative after I bought the "power chip" power-up. The same happens if I buy the "I-Enhancer": I end up with negative bolts.

Thank you very much for the feedback!

I will look into it and try to fix it.

I hope you are doing well!

Hi! You're welcome :) Oh and thanks for that.

Doing fine over here, setting up some stuff. Hope you're doing well too! ttyl!

Thanks for the feedback. Next time try without insulting!

This game does not open on my laptop with Windows 10 64-bit. I bought the game today, and after unzipping it, I double-click on "Hyper HD.exe" and absolutely nothing happens on my screen. Did I miss something so the game works for me? Thanks in advance.

(Sorry for commenting this here, but I couldn't find any other channel to contact the dev and report this issue.)

Hello, sorry for the inconvenience.

Have you tried running the exe as administrator?

Right click on the exe and choose the selected option. 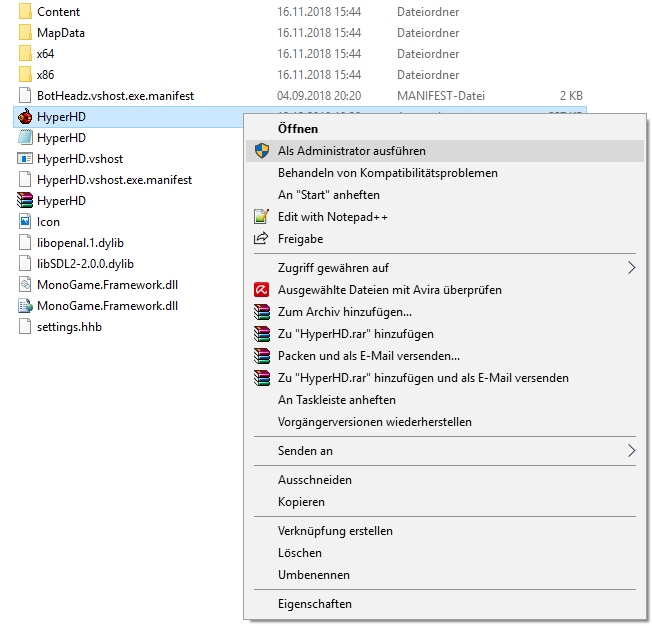 If this fails, we need to have some more specifications of your system and will look into it immediately.

Yes, I already tried to run the game as an Administrator. I also tried to install all .NET, Visual C++, Visual Studio, XNA and MonoGame libraries available in the web, but the problem persisted. The same goes for running the game in all compatibility modes available in Windows 10. Yesterday, I spent all the day searching for a solution for this, but only found many other people reporting the same issue with other games made with MonoGame and XNA, and again, no way to solve it.

What specifications are exactly needed? I have no idea what could be stopping the game from running on my system, since it doesn't prompt me with any error dialogs; it simply shows the loading icon beside my mouse cursor, and then, nothing more happens.

Thank you very much for your attention.

Hello. Suddenly the game turned out to work for me.

My Windows 10 suffered a big update between yesterday and today. Maybe my Windows have downloaded some component that was missing for the game to run normally.

Now it is time to play and enjoy your game. I'm a big fan of Megaman, so I'll certainly have a lot of fun playing Hyper HD. Thank you so much for all of your help. 👍🏻

Edit: I discovered the actual problem while testing the game: While my USB joystick is plugged onto my laptop, the game won't open, and when I plug my joystick while the game is running, the game crashes. My joystick is a common USB joystick; maybe I'll be able to solve this issue when I get a new Xbox 360 or Xbox One controller. Thanks again.

Hello. Thank you very much for the detailed report.

We will investigate this problem further and running more tests on different systems, since you were the first to encounter (or report) this issue.

Sorry for the inconvenience again.

Hope you enjoy the game.

Hyper HD it's a truly homage to the classic era of Megaman games and metroidvanias in general. This game puts our skills to the limit thanks to a wide arrange of platforms and enemies on every stage but it can be too hard on certain parts. It's a must play.

I made a review in spanish that you can read here: https://retroorama.blogspot.com/2019/01/indie-review-hyper-hd.html

Thank you for the kind words and the review!

Really enjoying Hyper HD even though I haven't finished a level yet! There's something strangely addictive about having my arse kicked over and over by this game.

It's hard but the challenge is rewarding. Generally when I've died I know it's cause I've messed up. The clouds in Thunder cover some gaps at the end of platforms; it's a bit frustrating to get knocked back then discover there's no platform there, but now I've learned where the gaps are I can get ready to rocket back to safety.

It's slow-paced (or I'm slow playing it) and while the levels feel long they're enjoyable with plenty of safe spots when I have to regain my stillness. I'm playing on normal, I think anything higher would make me break my controller.

The game looks really great and handles well with the controller. I love the colours! The levels are cool with loads of different challenges and  plenty of variation in the enemies. I've seen some of them that many times they're almost friends at this stage.

Even though the game is challenging it's easy to play, if that makes sense. So far it's always been clear where I've had to go next, though getting there can still be tricky!

Thank you very much for the feedback! Really appreciate it!

I'm currently thinking about making the game a bit easier, for example put more checkpoints to the levels or re-designing some areas (the occluding clouds...)

Very happy you enjoy the game so far! :) 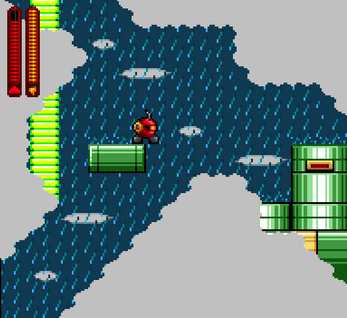 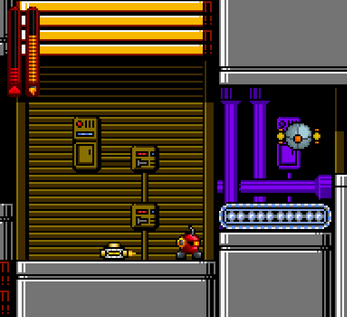 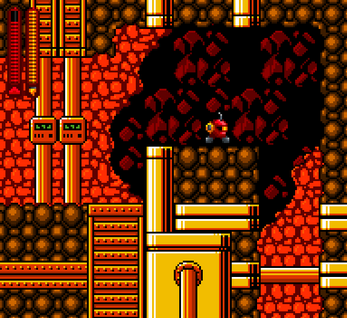 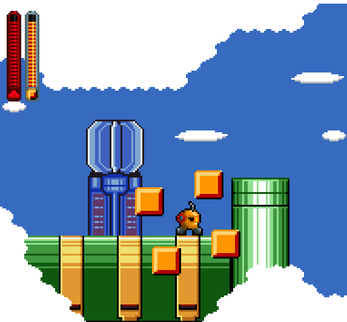 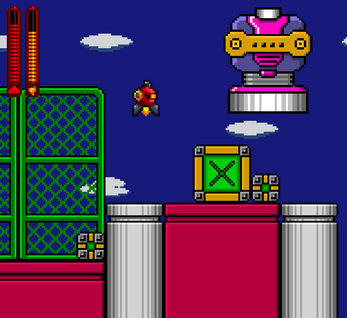