A downloadable monster catching game for Windows and Linux

Welcome to the world of AlcaMon!

In this monster catching game in developement you take the role

journey as an AlcaMon trainer!

AlcaMon are mysterious creatures that live everywhere in the world alongside

the humans. It is said, long ago there was a powerful wizard who created the first AlcaMon by using Alcamy, a miraculous process that combines elements.

No wonder, Alcamy is still used to create items and even empower AlcaMon in battle!

Can you become the new champ in the official AlcaMon league? Meet amazing people that share the same dream and even save the world of an evil group who uses dark science to enslave AlcaMon.

What this demo contains

Attention! In this demo the maximum level of an AlcaMon is 15!

The music is done by me and pretty much placeholder for now. Musicians are not cheap. If you want to donate money, all of it goes into improving the game quality and very much appreciated!

If you dislike the music and / or sound effects, please go to the options menu and move the volume down to zero.

What the full version will contain

Default controls (can be remapped)

D-Key = Open + close the menu + ingame functions that are shown

If you encounter a bug (which will most likely happen), please report it

Thank you very much!

Please save your game often to reduce the risk of losing progress. All bugs will be fixed ASAP.

I appreciate that this was made, but here's my review. You need to work on grammer, spelling, and designs. The game looks and feels very basic, your interface feels like it  WANTS to be on a hand held game system. But it's not, and the beggining has you fetch the professor who IMMEDIATELY says "Why don't we go back to the lab?" they don't show you how to catch Alcamon, doesn't give you any kind of tutorial which is traditional for this kind of game. The character designs could be worked on, your character looks as if its one of those pegs from The Game of Life. The Alcamon look basic. Two of the Alcamon you encounter is LITERALLY A RABBIT NAMED SHABIT and the other is an obvious CROW. This is a Pokemon-clone, so get really creative with it.  Also, why is everything loosely based on Alchemy? The spelling is WAY off but you can still tell. The enemy Poke-ALCAMON don't vary enough in level right out of the gate. The levels should be randomized, as all pokemon type games have it. The controls can be worked on too, WASD controls should be an option since this is on computer or give us players an option to configure our controls. Instead, I had to press buttons to figure out what worked. I don't mean to sound harsh, this is an "okay" attempt at a pokemon clone buuut feels more like a rough draft. I'll play it again after there's been some updates. Until then, keep workin hard and gaming hard.

Hey, thanks for the feedback.

First of all I want to mention, this game was made in only 10 weeks, by me alone and besides 2 other projects. This is merely considered a 'Tech-demo' with lots of placeholder assets, as mentioned, and will of course be improved over time (again, 10 weeks is nothing...).

The spelling of Alcamy is correct, it's a fictional word and not to be mistaken for alchemy.

The AlcaMon names do all have meaning behind them. Shabit = shy + rabbit. Turdly (which is a blackbird) comes from the scientific name of blackbird family 'turdidae'. A bit of common knowledge doesn't hurt, am I right? :D

Remapping of controls can be done in the dialog that pops up when starting the game, as mentioned on the game's page. The mother explains how to catch AlcaMon for now, maybe I'll add an (boring) in-depth tutorial like in Pokèmon games. Also, the levels are randomized, have you even played the game? I wonder.

It's okay to give feedback, no worries. 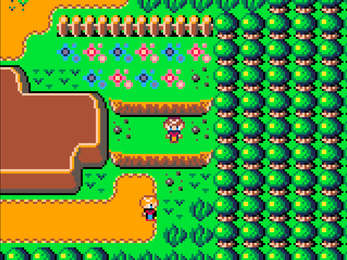 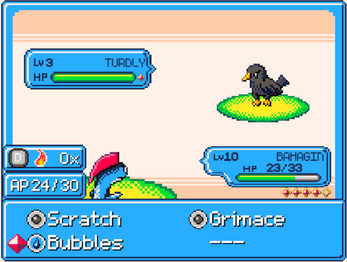 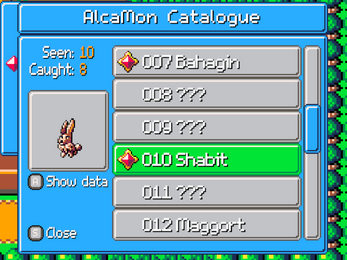 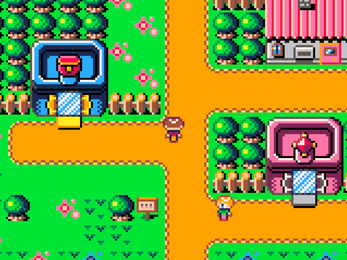 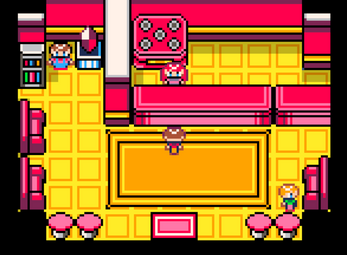